The Grassalkovich Palace was built by Earl Anton Grassalkovich in 1760 and later became the official residence of the President of the Slovak Republic.

Tourists to Bratislava can watch the Royal Guards in front of the palace or enjoy a relaxing stroll in the beautiful palace gardens (now a public park) that are located directly behind the palace. 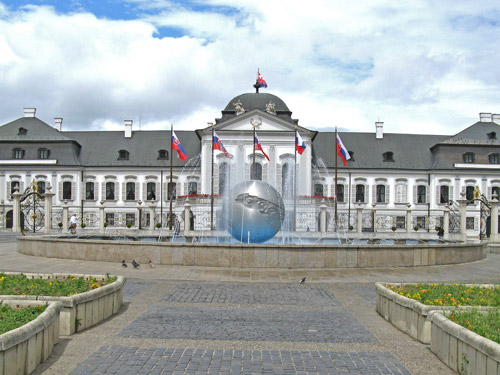 The Grassalkovich Palace in Bratislava Slovakia is located at the intersection of two busy city streets in the city centre.