During this communist era, a large number of apartment buildings were constructed using a mass production, cookie-cutter approach.

The architecture of these state-owned buildings was similar to what was built in the Soviet Union, East Germany and other eastern European states. 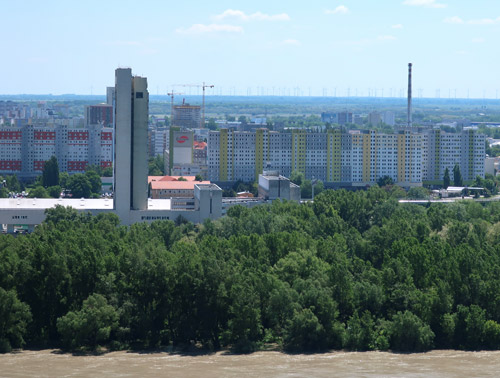 From the grounds of the Bratislava castle, visitors to Bratislava can see an example of this Soviet style architecture on the far south side of the Danube River.