Alexander Dubcek was a Slovak politician and Czechlosovakia's head of state for a brief period (1968-1969).

Dubcek tried to reform the communist state and establish "socialism with a human face". 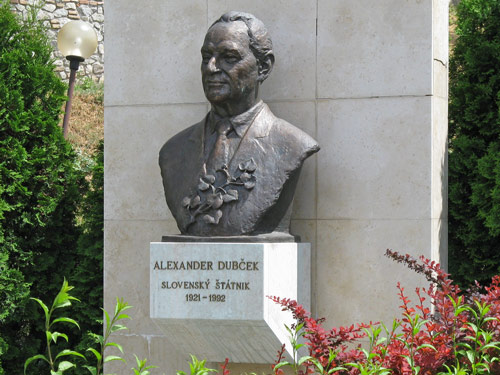 Dubcek's liberalization policies were not well received in Moscow, however, and the country was invaded by the USSR and its Warsaw Pact allies in 1968 (Prague Spring).

When the communist system collapsed in 1989, Dubcek became Speaker of the federal Czechoslovak parliament.